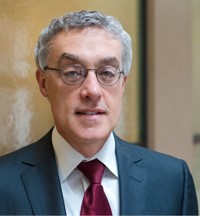 William R. Emmons is the lead economist with the Center for Household Financial Stability at the Federal Reserve Bank of St. Louis, where he also serves as assistant vice president. His areas of focus at the Center include household balance sheets and their relationship to the broader economy. He also speaks and writes frequently on banking, financial markets, financial regulation, housing, the economy and other topics. His work has been highlighted in major publications including The New York Times, The Wall Street Journal and American Banker, and he has appeared on PBS NewsHour, Bloomberg News and other national programs. Emmons received a Ph.D. in finance from the J.L. Kellogg Graduate School of Management at Northwestern University. He received his bachelor’s and master’s degrees from the University of Illinois at Urbana-Champaign.