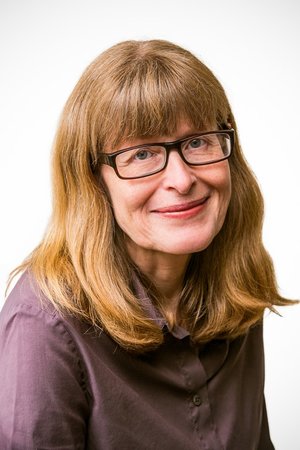 Ariane Hegewisch is the Program Director for Employment and Earnings at the Institute for Women’s Policy Research. She leads the Institute’s work on employment and job quality, workplace discrimination, and pay equity. Here, she shares insights on the role of gender in income volatility.

Q: With the rise in income volatility in the United States, is there evidence that volatility is worse among women than among men?

Women have greater earnings volatility because they are more likely to shift between full- and part-time jobs or leave the workforce, to have fluctuations in the number of part-time hours they work, and work in sectors with less stable, lower-income jobs. By contrast, men have greater annual earnings volatility in their full-time jobs and were hit more strongly than women by job losses in the Great Recession.

Catastrophic events, such as a health crisis and job loss, are major causes of downward spikes in income and falling into poverty. Women are more likely to give up their jobs when a family member needs serious care. Moreover, few women, or men, particularly in low-wage jobs have paid sick or family leave, so having a health crisis for themselves or a family member can lead to job loss. This results in income swings. For older women providing care to an elderly or ailing family member, often it is very hard to find an equivalent job once they no longer need to provide care.

Otherwise, there is nothing intrinsic to suggest that being a man or woman should predict higher levels of income volatility, although there are certain low-wage occupational sectors where volatility is quite high – such as restaurants and cleaning jobs- that primarily employ women.

Data on contingent jobs is poor, and it is not easy to say with certainty whether there is a higher proportion of working women than men in contingent jobs. In the temporary-services industry, it used to be that more women were employed by temp agencies than men; now, men outnumber women as temp work has grown in sectors like manufacturing. Men are also more likely to be in the Uber and professional gig economy, where there is volatility.

Q: Are some women particularly affected by income volatility?

Women working in low-wage jobs and sectors, and women of color because of their overrepresentation in those sectors, are especially likely to experience swings in income.

Occupational segregation is a big determinant. In certain low-wage occupations like cashiers, retail sales, wait staff in restaurants, and hotel workers, where women account for most workers and work is notoriously part-time, volatility is bad. But not all poorly paid jobs are volatile; other female-dominated occupations such as elder care, other health-care support jobs, domestic work, and child care, may be less volatile but nevertheless pay is low paid, wage theft is widespread, working conditions can be bad, and there are rarely benefits.

Within low-wage occupations with irregular schedules, African American and Hispanic working women make up a much larger share of the workforce than in the economy overall. Thus, gender and race interact to heighten volatility for a significant number of women.

However, there are many male-dominated jobs like construction in which hours worked can vary considerably. Also, with the growth of immigration, there are many men of color who work irregular hours in jobs ranging from cleaning and cooking to landscaping.

Irregular scheduling tends to make it harder for women with caregiving responsibilities. As , volatile scheduling hits women with kids, because mothers aren’t as flexible as older or younger working women without children at home. In retail, women who are mothers are often assumed to be less available than male workers, so they frequently are allocated fewer hours.

Having kids is expensive, and new children can cause a temporary dip in income for middle- and upper-middle class families with two earners. In low-income households, anyone who can work does, so there’s not a lot of choice about not working, although low-income mothers are more likely to be in and out of work or work part-time. This is particularly difficult for single mothers, since it’s much harder for them not to work since welfare reform. This also means that a woman’s ability to save goes down because it’s costly to raise kids at the same time that income may go down.

Q: What could be done to reduce income volatility, particularly among women?

Scheduling predictability laws are one way to address this; require that workers be given better advance notice of their schedules or call-outs for less than three-hour shifts. Nationally, there is a complete absence of regulations on minimum hours, lengths of shifts, and rest time between shifts, unlike in Western Europe. Scheduling technology exists that some employers might use to make matters worse but that also could be used to make hours more predictable.

We probably need something like a guaranteed minimum income and a more flexible EITC that is more responsive to earnings changes. In addition to providing paid family and medical leave, we also need to extend job protection for such leave to smaller employers to make health emergencies less punishing. Wage insurance, with payroll deductions from employers and workers, like Social Security, could make a difference, and small employers and lower-income workers could be subsidized. Empowering workers, including through collective bargaining, would give workers more of a voice on issues of scheduling, minimum hours, and more predictable income.

Finally, as women remain less likely to have access to credit and are more likely to have bad credit ratings, this continuing gender bias need to be addressed. More generally, women—and men—with volatile incomes need access to emergency loans without extortionate interest rates.