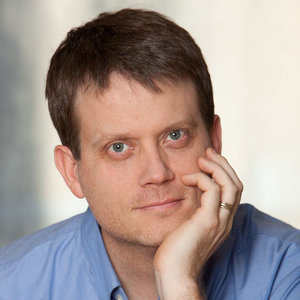 Tim Ogden is s the managing director of the Financial Access Initiative, a research center based at NYU’s Wagner School of Public Service, and a senior fellow of the Aspen Institute’s Financial Security Program. His research, including the U.S. Financial Diaries, focuses on how financial services can better meet the needs and improve the lives of poor households around the world.

As it was in the first gathering, social networks were a touchstone of conversations. We began with a roundtable where each person described a time they had found themselves with “no money.” Some of the anecdotes were humorous, stories of lost wallets and missing credit cards. Others were tales of a few weeks between jobs or before the start of graduate school.

Almost uniformly, the people in the room described how a close friend or family member had bailed them out of illiquidity. That’s the power of social networks in dealing with income volatility and financial shortfalls. Assets are often the focus of how households develop resilience to shocks, but the primary asset that people fell back on in these situations wasn’t financial or physical but social. Social networks are an asset that deserves attention as we think about how to address income volatility.

But social networks aren’t just a positive. The room was a living example of survivor bias. The reason we were all there was that we had pulled through the times money was tight with relatively little damage. The connection to family and friends was a net positive.

But obviously that’s not always the case. Just a few days before the gathering, I had been at my grandmother’s funeral hearing a story of the less benign effect of networks. In the late 1940’s my grandparents, with three children under 7, were convinced by a cousin to move to extreme northern Maine and invest in his lumber business. Believing it was their opportunity to join in the post-war boom, my grandparents sold their house and invested all of their life savings in the business. Upon arrival in Maine, they discovered that the cousin had been wildly over-optimistic about the state of and prospects for the business. My grandparents stayed in Maine for four years spending nearly every dollar they had desperately trying to keep the business afloat. When they finally gave up, all they had left were a beat-up truck, a few changes of clothes and three goats. They had to abandon the goats because the truck didn’t have the power to haul them up the hill to get out of town.

Thankfully for me, that was the nadir for my grandparents. Their network almost dragged them down, but they survived and even thrived with the help of another social network, the local YMCA. And that’s why I was in the room. If they had not been able to get out of the lumber business and start over, my father would likely not have made it to college. And my grandmother would not have been able to loan me the cash I needed for the security deposit on my first apartment.

Social networks work in both ways. They can be sources of help and sources of need. Because of wealth inequality, and particularly the racial wealth gap, communities of color often don’t have access to social networks that can help cushion income volatility, while having more demands on them for help. Strongly suggestive evidence in international settings tells us that part of an upward climb is often access to tools that allow a household to hide resources from their networks so that they can invest in the future. The conversations at the EPIC gatherings about social networks have revealed how little we know about how social networks in the United States are helping combat or amplify income volatility.

In addition to thinking more about social networks, there were two other discussions that have really stuck with me.

First, Maureen Conway, director of the Aspen Institute’s Economic Opportunities Program, noted that much of the discussion about the quality of jobs and minimum wages moves almost immediately to the idea of whether certain firms would be “economically viable” if they had to pay their workers more or more steadily. That’s an important conversation but skips over an equally important one: Are the jobs “economically viable” for the workers? It got me thinking about the age-old debate about social support, dependence and the dignity of work. Obviously it’s a bad thing when social programs discourage people who desire to work from working (as some of our social programs still do), but that isn’t the primary problem in our economy or social insurance system today. Economic theory would say that any job which a person is willing to take is “economically viable,” otherwise no one would take it. But we can also look at jobs with low, unpredictable or highly volatile pay that lack benefits and conclude that people who take those jobs have an incredibly strong desire to work. I increasingly think that’s an argument for expanding and tweaking wage subsidies beyond the EITC. Expanding wage subsidies could be a way to make jobs economically viable and keep people in the work force. That could be an approach, independent of or paired with scheduling laws, to decrease income volatility.

Second, I was surprised how easily the consensus on the existence and importance of income volatility carried over into discussion of steps to address it. There is often a divide on issues like this over whether to focus on symptoms or root causes. Those who focus on symptoms tend to argue that they are more pragmatic—their proposed solutions often seem more “do-able” and are more likely to have immediate effect. Those who focus on causes argue that the “pragmatists” are only putting a band-aid on a critical situation and are enabling the situation to continue and perhaps worsen.

Emerging from the first convening, there was a lot humility about what we know about income volatility. There are clearly multiple causes; and the relative importance of those causes in relation to each other, or in relation to different groups experiencing income volatility. From my perspective, that humility helped avoid the traditional divide between addressing symptoms and causes. There was broad recognition that because of the diverse causes and effects of income volatility there isn’t a single set of “solutions” but a need for a variety of approaches. When you look at the ideas that the group elevated, they contain a mix of proposals aimed at symptoms (e.g., more support for emergency savings, more frequent access to pay) and causes (e.g. scheduling laws). None of the proposals will “solve” income volatility for all households, but all will likely make the situation better for many households.

That being said, I hope the humility about what we know carries forward. There are still a lot of open questions about income volatility and about the impact of any of these proposals. There is an urgent need to pair implementation of any of these proposals with research to assess how good of a job they are doing of helping affected households achieve their goals of stability and security.